Skip to content
This was my first ever participation in “Evaluation Contest” at Toastmasters – oops anywhere. Before I share my experience, let me brief what it is.
A Toastmasters Evaluation contest is where competition is on between the evaluators. There is a demo speaker who delivers his/her speech and multiple contestants/evaluators evaluate the speaker. Good and bad luck – both for the speaker 😉
The judges fill lout the judge’s guide and ballot for the evaluators. The Evaluation contest – Judges Guide and Ballot and be found at below link (It’s free to purchase for members):-
http://www.toastmasters.org/1179DCD

And, guess what, I won the club level…: D I won! I won! I won…! Don’t believe it, here is the proof. Well, there were only 3 contestants, but still, I was first among them. 😛 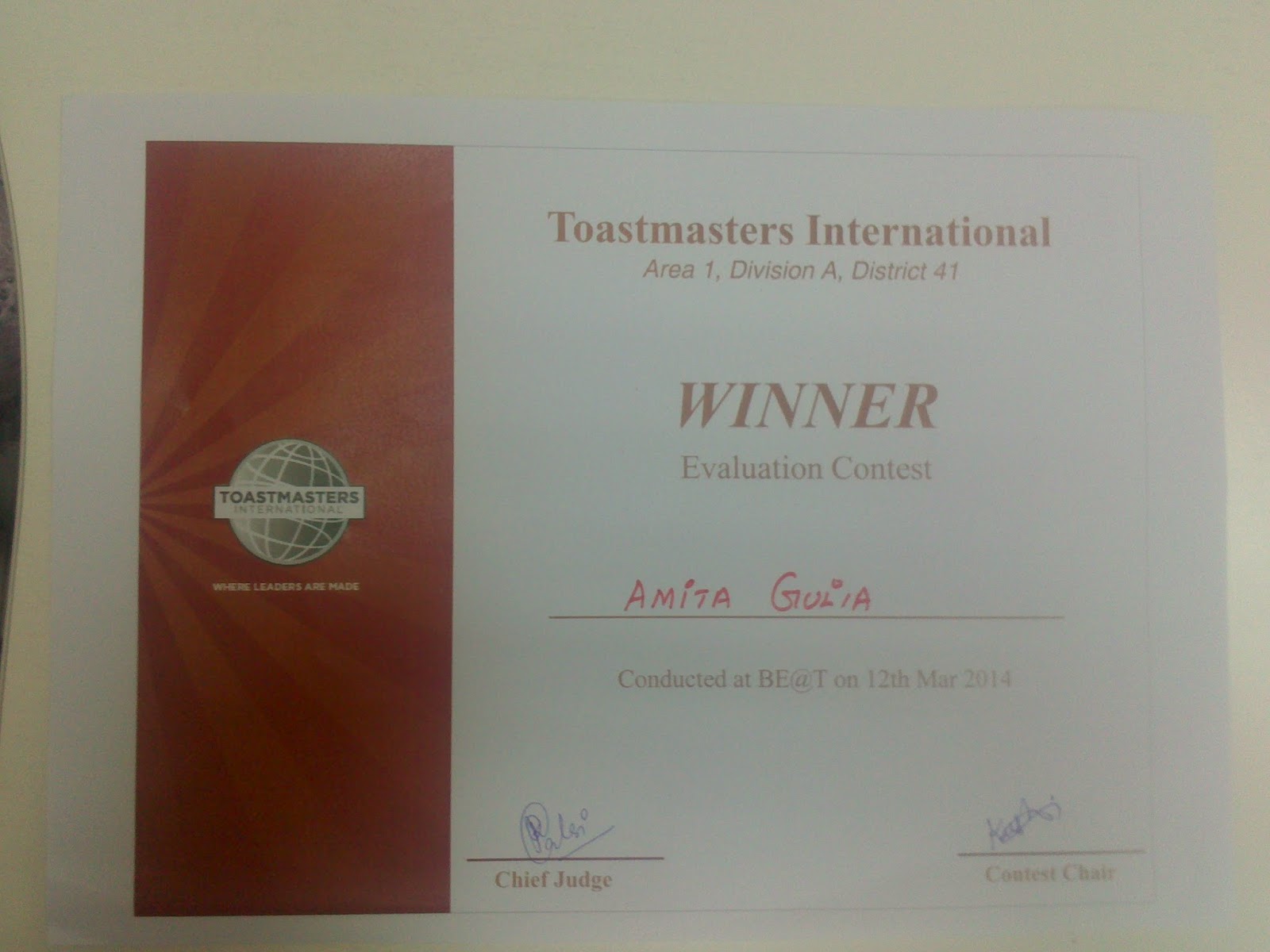 To be very honest, I did not prepare much for the contest. It was just a day before that I realized that contest is tomorrow. I went through some videos available online and made some notes – which I again forgot to revisit before going to the contest.

Following is the snapshot of notes I made while the speaker was delivering its speech. 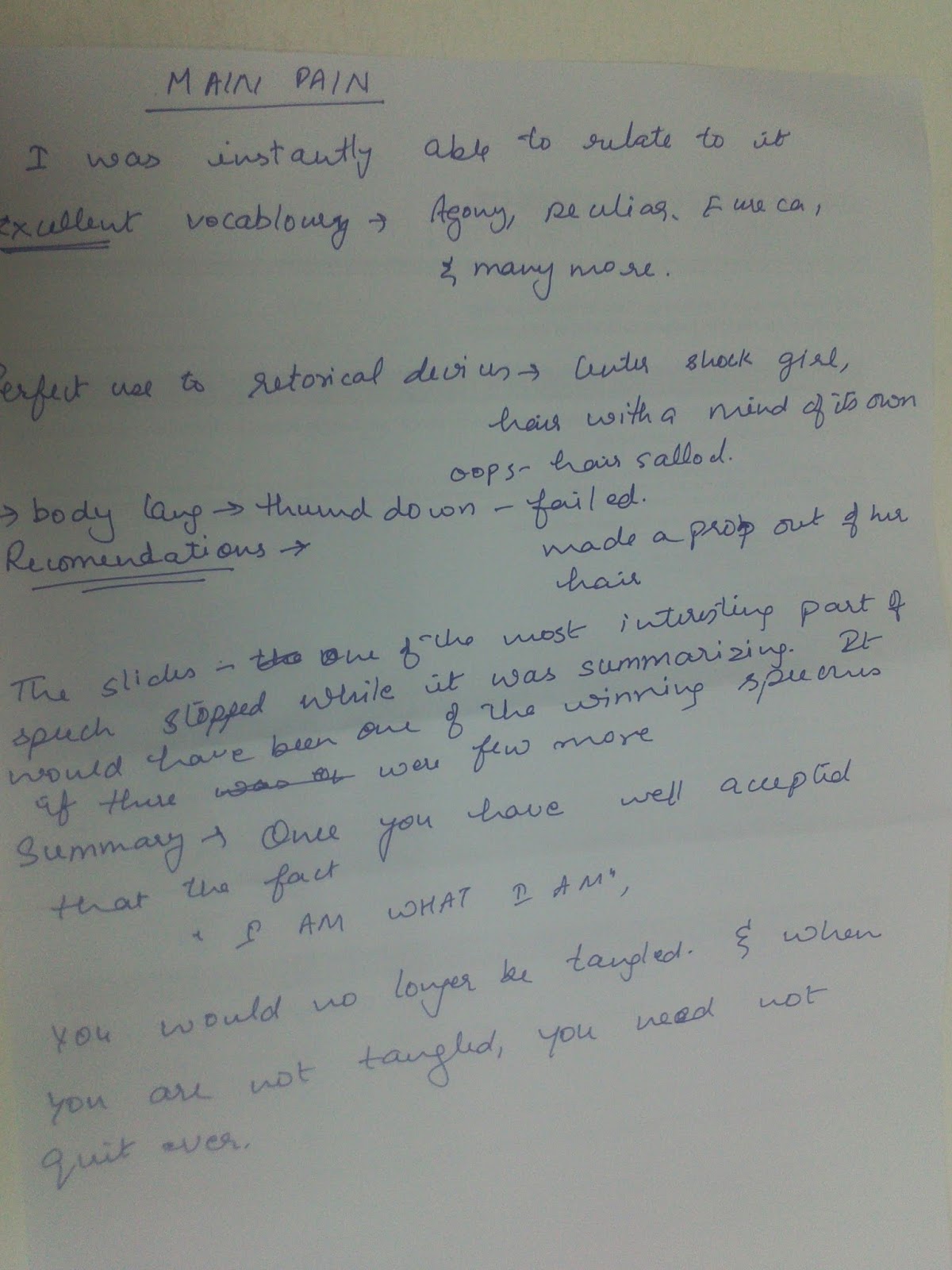 Following is the snapshot of final notes I prepared in the time frame of 5 minutes for my evaluations. I wanted to highlight the main points, but I ran out of time… 🙁 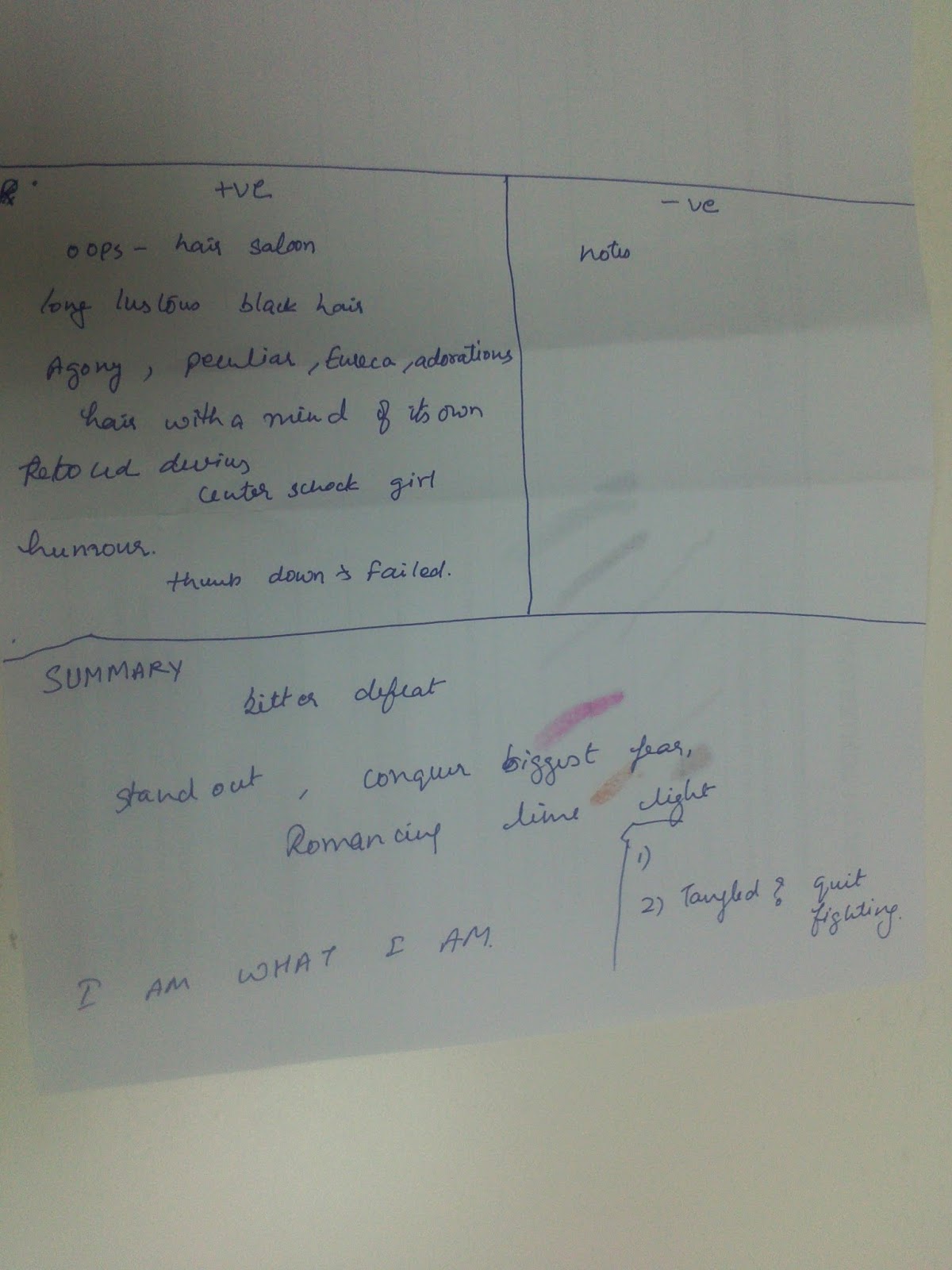 I was second evaluator. I was shaking from inside. I am not sure if that showed externally or not!
Well, after some fun discussion while the judges were busy finalizing results, it was result time.
Certificates awarded to role players.
2nd runner up – It was not me…J
1st runner up – Not me…J
And the winner is “AMITA”… (Though the surprise broke at 1strunner up because of less number or participants, but hearing my name as a winner was altogether different)
CLAP CLAP CLAP…
Who knows if I go on to win next levels, I may come up with an experience where I can share some learnings as well…
WISH ME LUCK… fingers crossed
Post Views: 266